Your guide for the day will pick you up and begin your guided tour in Islamic Cairo – we start at the Citadel fortress with a visit to the Mohammed Ali Mosque (the alabaster mosque). The Citadel was built by Salah-El-Din in the 12th Century and was the seat of power for the following 700 years.
Our next stop is in Coptic Cairo, We will visit the Hanging Church, also known as El Muallaqa that was dedicated to the Virgin Mary and was believed to have been built at the end of the 3rd century. Built on the outer wall you will see the Greek Church of St. George.

Following is a visit to the Church of St. Sergius, a perfect example of Coptic churches and monasteries. It was founded at the end of the 4th century and it stands on a crypt that is said to have sheltered the holy family during their flight from Egypt. Our tour will conclude with a visit to the St. Barbara’s Church that was built between the 4th and 5th centuries. It has preserved the ruins of Saint John.
Later on, visit the old market and Bazaar of Cairo called Khan El Khalili Bazaar. Prepare to be amazed by the local, handmade items. After enjoying your time wandering through the market, your full-day tour will end with a drop-off back at your hotel.

Visit Coptic and Islamic Cairo is every day.

What to take with you

How to book a tour

You have several ways to book excursions.write us via

a web form located next to the information

Name of the trip; 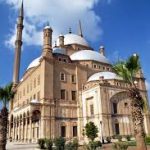 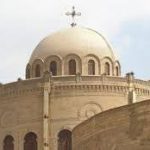 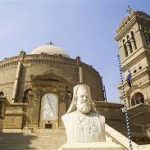 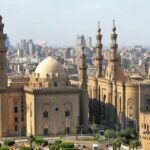